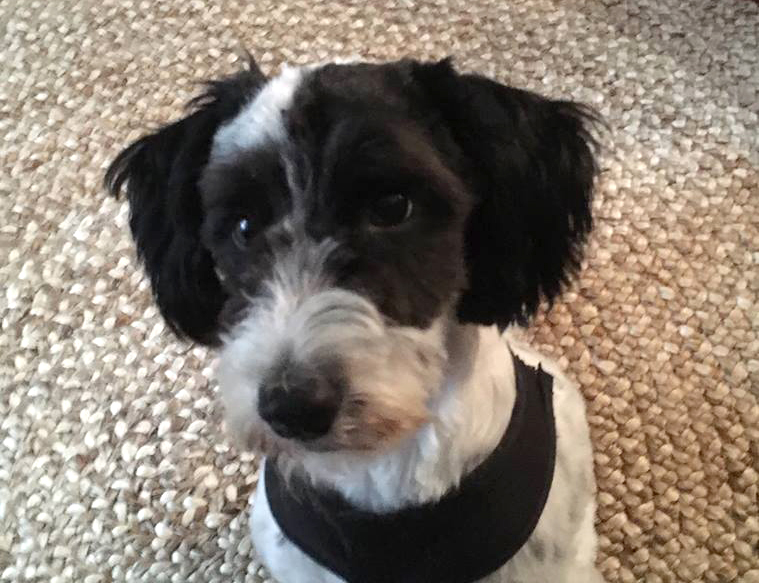 MacIntosh was a very sick pup when he came to us. He circled and paced nonstop. The pressure in his skull intense and a head full of fluid. The damage to his brain causing vision loss. He couldn’t sit still, he couldn’t focus to take direction, he ate very little and lord knows he must have had a whopper of a headache. We weren’t quite sure what we were dealing with until specialist consultation but we soon learned that MacIntsoh had a condition called hydrocephalus. Fluid that surrounds the brain was continually being produced but could not drain away. The specialists were amazed that he was even able to stand in the condition he was in.

We don’t know where he had been before he found his way into the pound that, thank goodness contacted us. He was around 10 months old and living in misery for who knows how long. He had no language, no understanding, no concept of touch. It frightened him 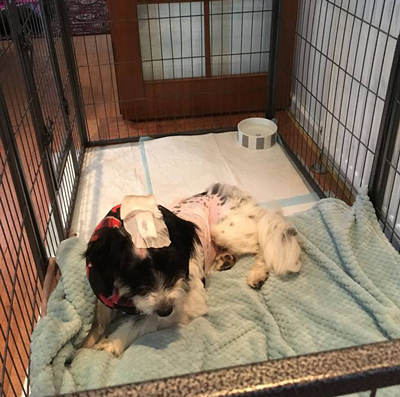 He started on medication to help reduce the fluid, but this was no long-term solution and so we decided, after much thought and consultation that we would go ahead with surgery, where a shunt was inserted to drain the fluid from his head then through a tube to stomach.

It is a big operation with a high chance of complication either at the time of surgery or after, but if it was successful we were told Mac could lead a good quality life. He may need to be on fluid tablets for life, and monitored should his symptoms revert but it should stop the pain, stop the circling and he may even gain some sight back, but that would depend on how much damage his little brain had suffered.

Two months after surgery Mac had a major setback, a build up of pressure and reverted back to worse than when he’d had the surgery. Spinning, very low vision, not eating and very fearful, he was in a mess again and we didn’t know if we were going to be able to do anything for him. His shunt was flushed, his medication bumped up and then we waiting, and waited. Slowly, incredibly, our boy came back. It was a slow come back but we are so happy to say that make has just gone from strength to strength.

Intosh’ surgery went well, his symptoms subsided, he still had an occasional quirky spin, especially if he’s tired, but his eyesight became much better. He started to learn, just like a normal puppy, how to sit and to touch and to paw for a treat, everyone was amazed at his abilities and how utterly happy he was. His foster carers have devoted so much time and patience teaching him touch is ok, showing him that people are kind and bringing him out of his shell.

He just loves to play with his toys, his puppyhood really just began after his surgery. He had a lot of lost time to make up for. He has become the most loyal and devoted companion.

He loves his foster parents and they love him but unfortunately, to meet everyone’s needs Mac is still looking for the home that better suits him. They’ve been there for him through all the tough times and now it’s time for him to find a forever family.

-Someone home most of the time (he needs to be taken out to toilet every couple of hours) – he can be left outside if you need to go out if you have a good weather protected area, and is not a barker

-Patient to give him time to trust

If you have a desire to help a special needs boy, with our support, and give him the life he deserves. We are open to discussing adoption or permanent fostering.