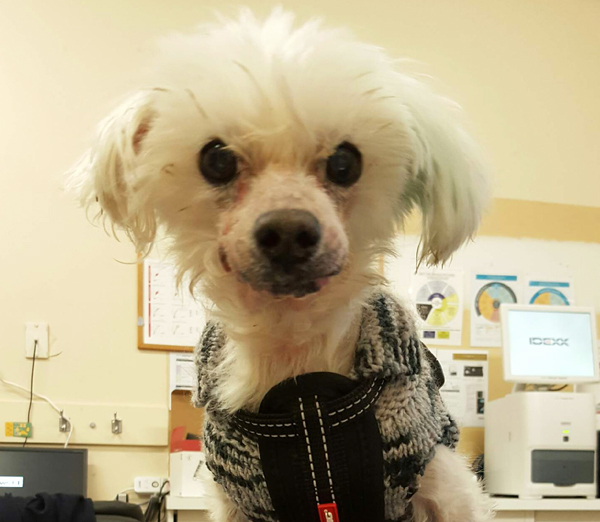 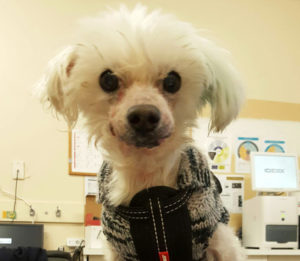 Albert has auto immune disease in his mouth which currently seems under control but can flare up. As an older chap with no teeth and after a lifetime of eating while having a horribly painful mouth, he is inclined to spread his food around but eventually manages to eat it all. He has rhinitis, which makes his breathing noisy and gurgly (think of water going down a clogged up drain and you get the idea) but it doesn’t stop him sniffing around for any morsels of food and bobbing his head which must help clear his nose. He can sneeze like a trooper and spreads his “love” shall we say, across the room. But we still love our messy little man dearly. He’s on 2 types of antibiotics, but because of his Cushings disease he can’t be given steroids. One of the antibiotics is especially compounded for him. He’s also on pain relief for arthritis. He sleeps on foster mum Trish’s bed and and keeps her warm at night. He is bestie with both Orlando and Freddo.